Ravindra Jadeja Biography: A Big Asset in the Indian Team With Both Bat and Ball [Updated March 2021] 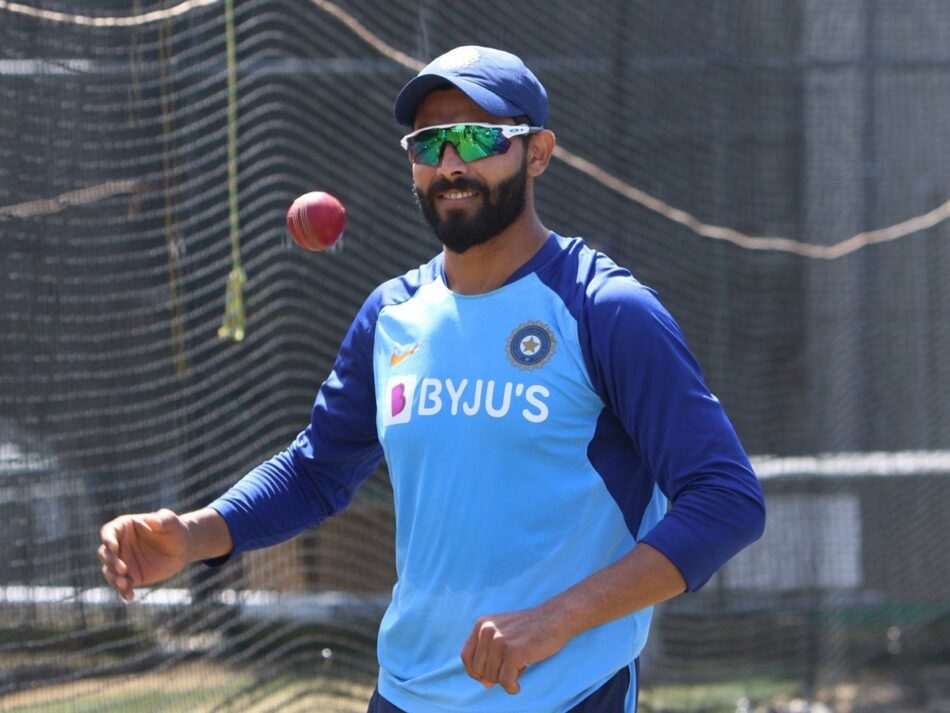 Ravindra Jadeja is a match-winner with both bat and ball. His slow left-arm deliveries trouble the batsman due to his tight lines and variable pace, and when the pitch turns, he is a nightmare for the batters. His batting at number 7 comes handy in the death overs. He can play both the waiting game as well as the aggressive one, which is naturally suitable for him.

Jadeja is the biggest asset for any captain. He was simply brilliant under the leadership of MS Dhoni.

Kohli mostly uses him in the Test matches but he played a major role in the 2019 World Cup squad due to his all-around abilities and not to mention his fabulous fielding.

Ravindra Jadeja was born on 6 December 1988. His father Anirudh was a watchman for a private security agency. Jadeja’s father wanted him to become an Army officer but his interest was in Cricket. He lost his mother Lata in an accident in 2005 and the trauma of his mother’s death almost made him quit cricket. But he did not give up.

At the age of 16, he made his first Under-19 appearance for India in 2005. He was picked in the Indian squad for the 2006 U/19 Cricket World Cup in Sri Lanka. India finished runners-up and Jadeja impressing one and all in the final against Pakistan by picking up 3 wickets.

He was made the vice-captain of the Indian team that won the 2008 U-19 Cricket World Cup led by the present Indian captain Virat Kohli.

Ravindra Jadeja made his first-class debut for Saurashtra in 2006-07 in the Duleep Trophy. He made innumerable records for the team but one record is unimaginable. He is the first player in Indian cricket history and only the 8th overall to score 3 triple centuries in first-class cricket, that too only at 23 years of age.

Jadeja picked up 42 wickets and scored 739 runs in the 2008-09 Ranji Trophy season and caught the eye of the national selectors. He was picked up for the ODI series in Sri Lanka. In his debut game, Jadeja scored 60*. He received his first Man of the Match award in the third ODI against Sri Lanka in Cuttack on 21 December 2009 for picking up 4 wickets.

In the historic 4–0 home Test series win against Australia in February–March 2013, Jadeja took 24 wickets, claiming the wicket of the Australian captain Michael Clarke five out of six times.

Jadeja played a crucial role for India in clinching the ICC Champions Trophy 2013 held in England. He was the highest wicket-taker of the tournament with 12 wickets, which won him the Golden Ball. He made 33* and took 2 wickets in the final against England.

Ravindra Jadeja was ranked as the No.1 bowler in ODI Cricket by the ICC in August 2013. Jadeja is the first India bowler to top the rankings since Anil Kumble, who topped the table in 1996. He is the fourth India bowler after Kapil Dev, Maninder Singh, and Kumble to be ranked No. 1.

When Australia toured India in 2017, he bagged 25 wickets and made two handy half-centuries down the order in four test matches, which earned him the player of the match as well as the player of the series award.

In the inaugural season of the IPL, Ravindra Jadeja was picked up by the eventual winners Rajasthan Royals. Shane Warne, the captain of Rajasthan Royals, referred to Jadeja as a “Superstar in the Making”. Warne also nicknamed him “Rockstar”.